Menton is a little town in the south of France, very close to the Italian border. Many New Zealanders would know that Katherine Mansfield spent some time there in the last few years of her life - although I didn't realise that it was such a short time (and such a short life, after all) - she arrived in January 1920, spent intervals in England in Switzerland and was dead by 1923.

She went there because she was sick with tuberculosis, then called consumption, and the only cure the doctors could offer was to escape England's damp climate and go somewhere warmer. The reason Menton became so popular and well known - for invalids, especially - was due to an English doctor. Dr James Henry Bennet was also suffering from consumption and came to Menton in 1859. He credited its sunshine and dry air for curing him, and wrote a book called Winter in the south of Europe (1861) in which he praised its beautiful gardens, full of orange and lemon trees, and its welcoming society. People flocked there and created a small English community, with an English church and English grocer; soon there were hotels, balls, and everything to attract tourists.

Many writers and artists have loved this part of the south of France, but I didn't know that W B Yeats died there. In 1938, he came with his wife to stay in a hotel in Roquebrune-Cap-Martin, the next small town along the coast. He died there in January 1939 and was buried in the town's cemetery up on the hill. The war intervened so his remains couldn't be returned to Ireland until 1948, by which time it took some detective work to identify exactly where his grave was.

Katherine loved Menton, and she adored Isola Bella, a villa on the side of a steep hill, not far from the Menton Garavan railway station. She said about Menton: "I love it as I've never loved any place but my home." The villa is now privately owned, and the KM room is the basement part of it,with a small garden and a bathroom around the side. It's not far at all from where Mandy and Brian are staying - down one road, up another one and under the railway bridge.The same train line runs below Mandy and Brian's flat, which makes a nice connection between the two places. 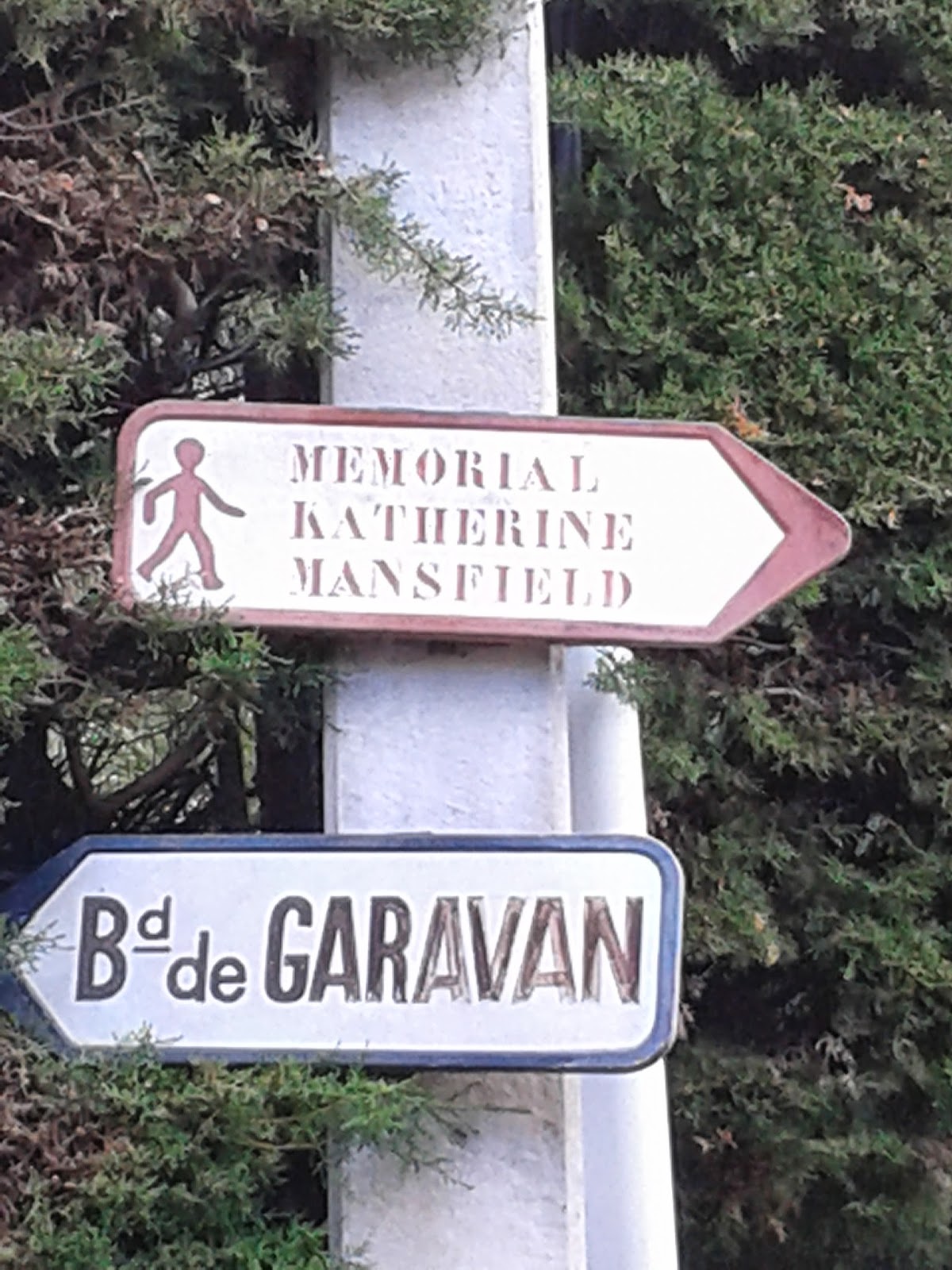 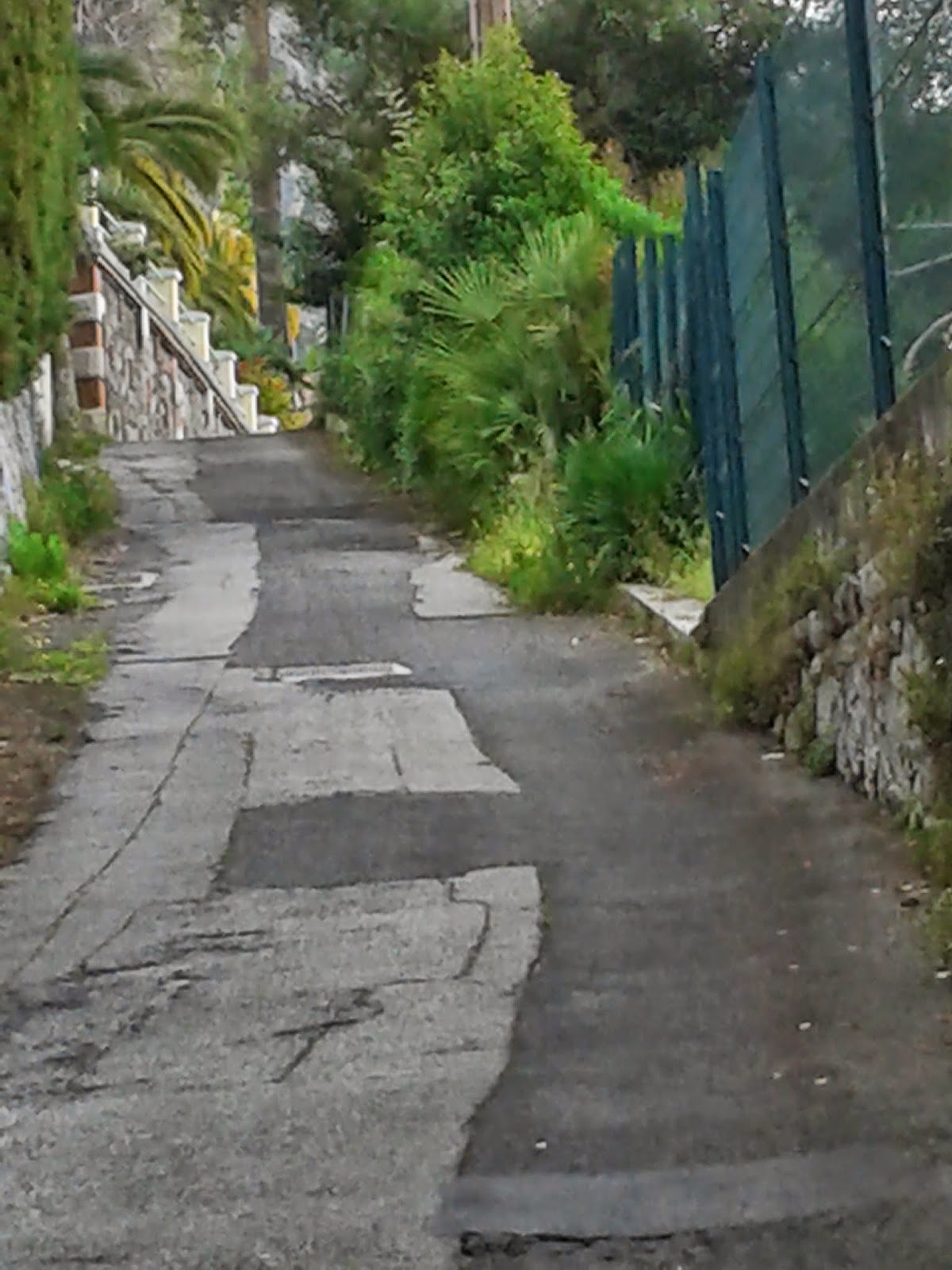 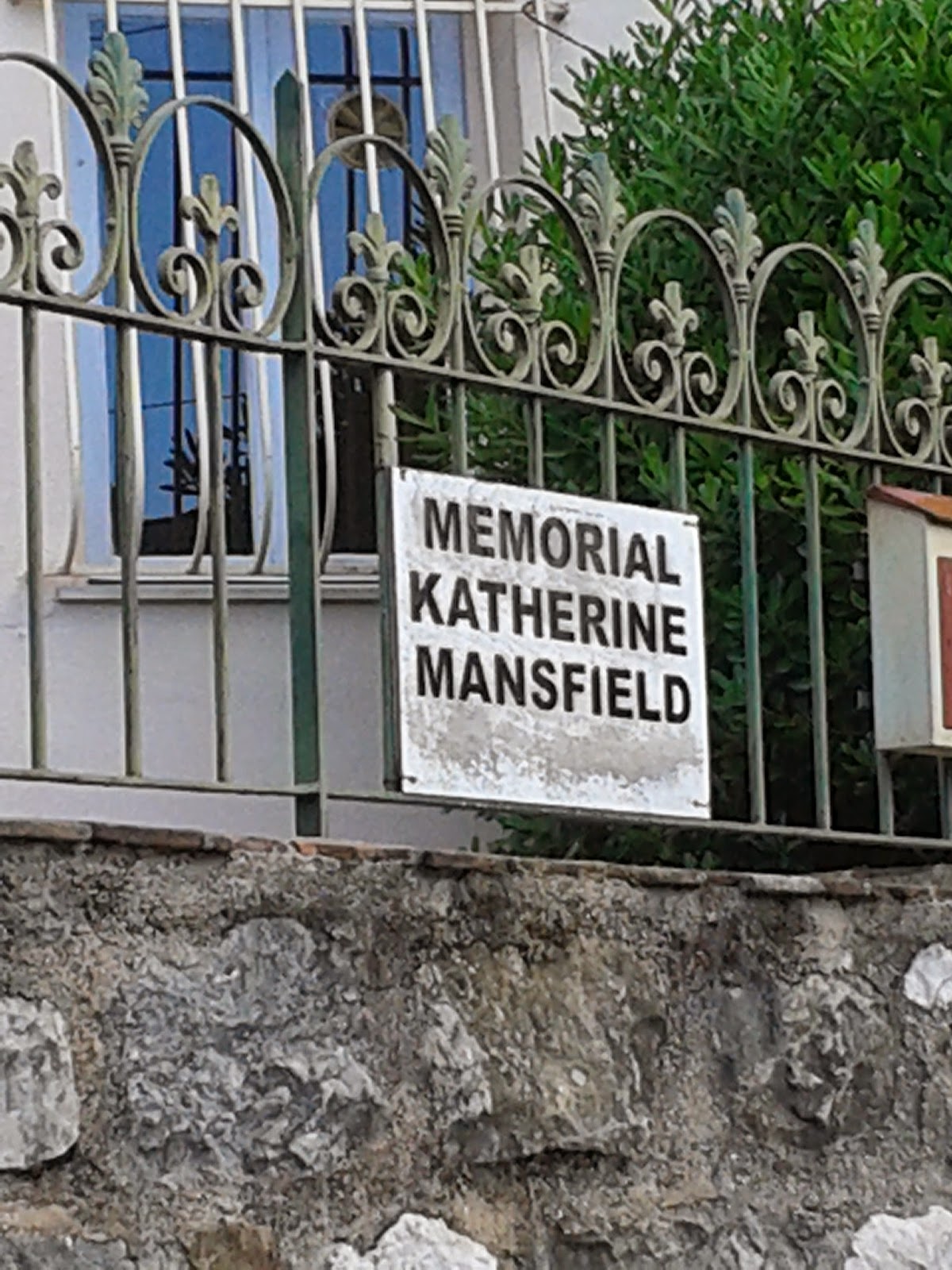 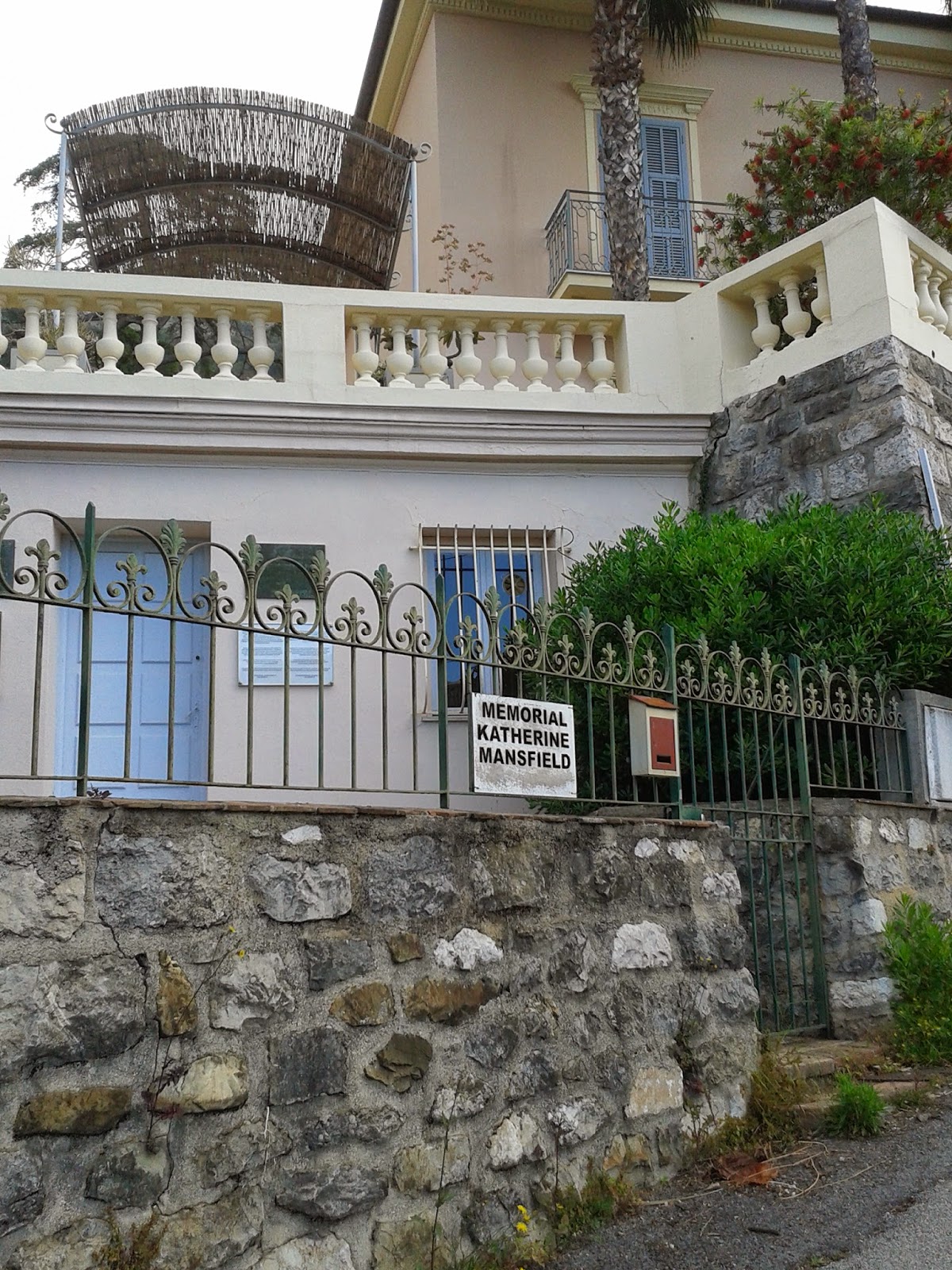 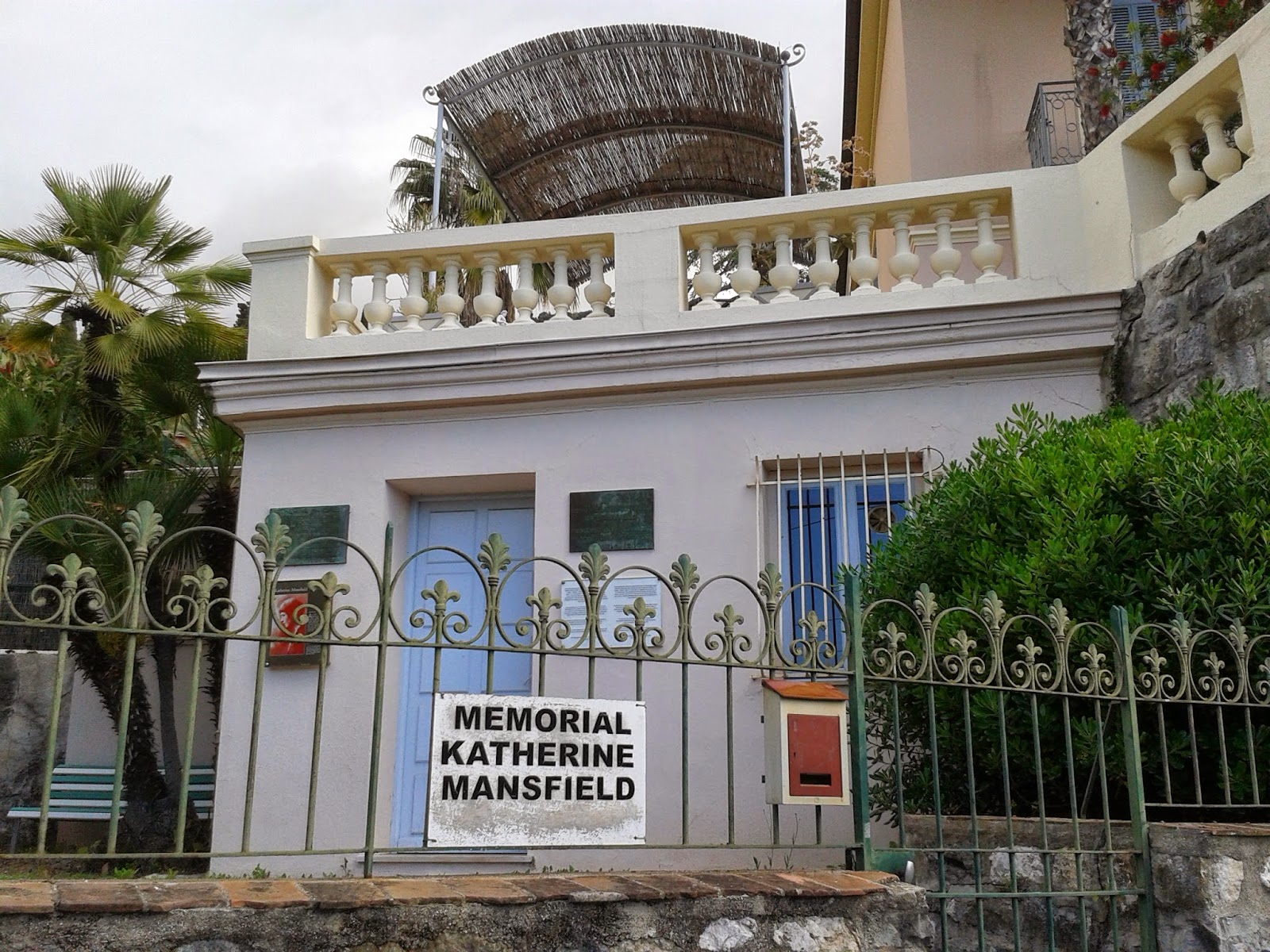 Just as you can’t go to Gallipoli without remembering the men who were there 99 years ago, so here in Menton, you try and picture KM looking out at these views or walking these streets. At dawn when the buildings in the old town glow in the early morning light, or in the evening when the sunset colours are pretty but muted (like the pastel shades of the houses) and the air is still and clear, like Wellington on a good day, you can’t help wondering what she was thinking: did she feel far from home, or did she feel at home? Did it remind her somehow of NZ – the houses perched on cliffs, the blue sea, the sunsets, the wide sky? 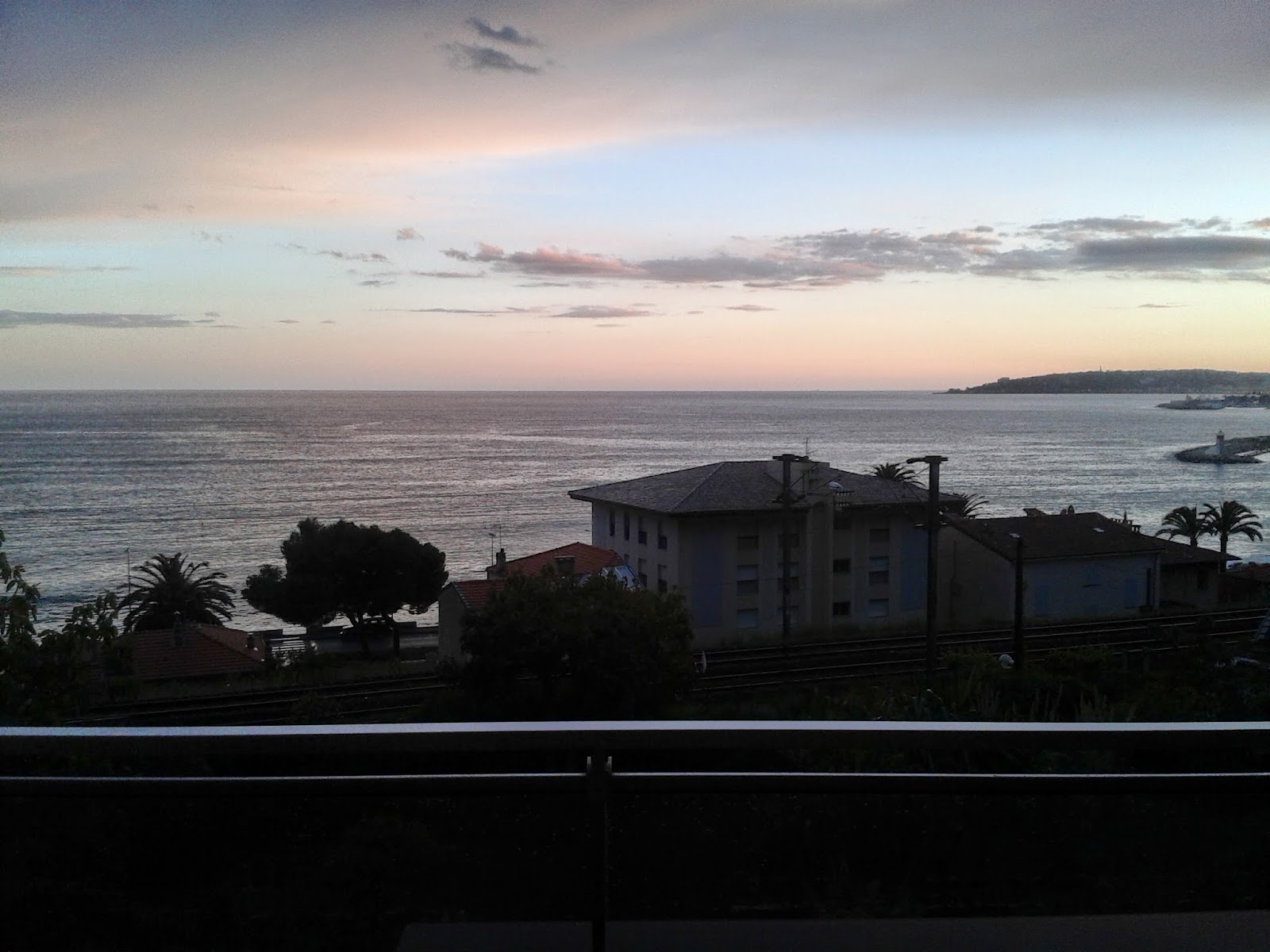 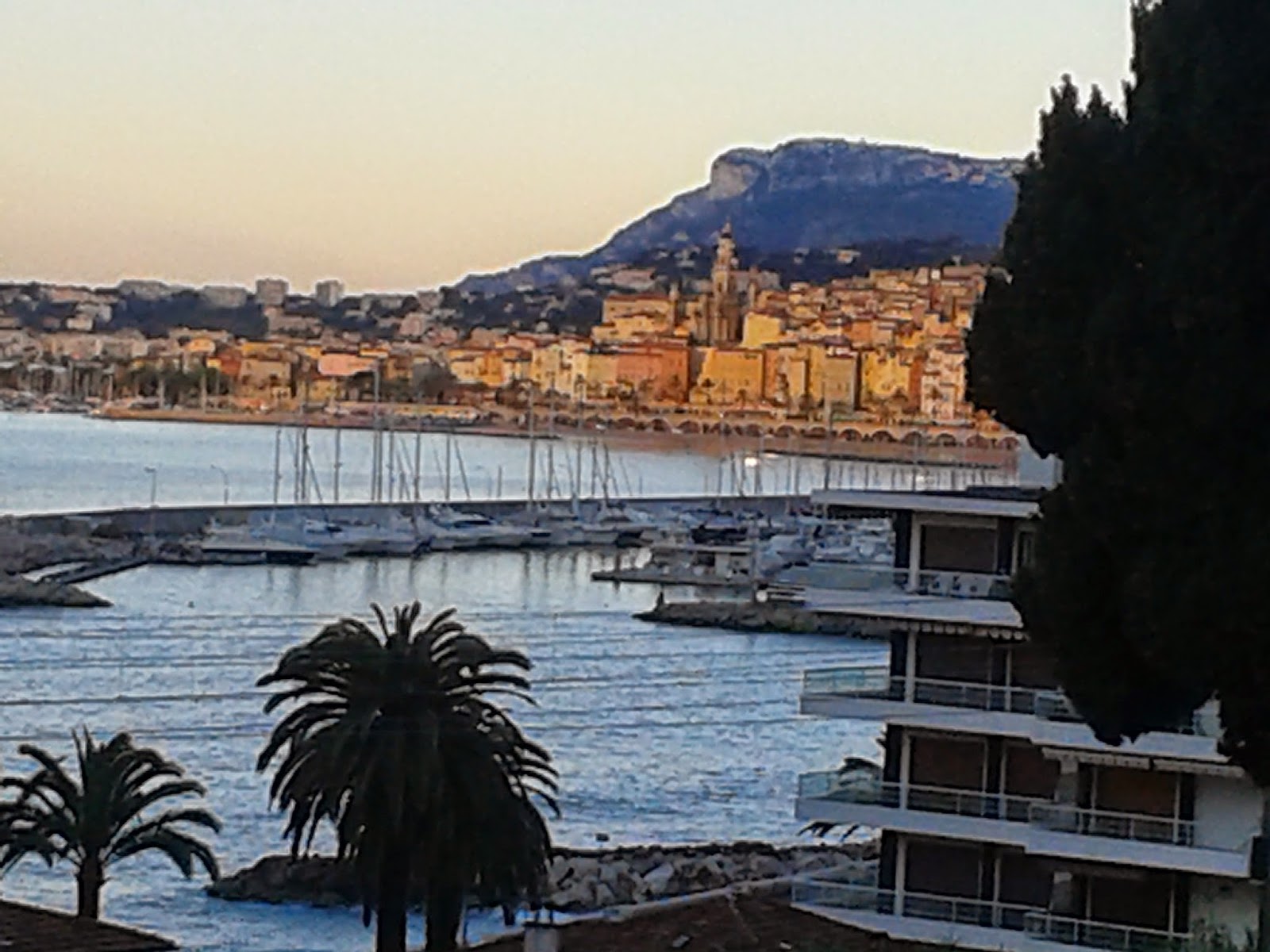